DEVON BRIDGE ASSOCIATION
The home of Bridge in Devon

Results/Coming Up
16 March 2020. In line with current EBU recommendations, the committee have cancelled the Devon Congress.

Entry refunds can be claimed securely and easily from devonbridge.co.uk/refund/. Those who have booked hotel rooms must contact the Livermead House Hotel (01803 294361) to cancel their bookings.

We are really sorry about this and hope to see you all next April.

Please help keep these pages up to date by emailing us with news. Please include a photo, if possible.

Links to recent results, events for the next month and entry forms can be found on the right.

Quick links (to recent results, events for the next month and entry forms) are at the bottom of the page, and can be accessed via the button above.

Many events have been cancelled in the county for the rest of the season: Winter Pairs, April DBA Sim Pairs, all Leagues (including the Western League), North Section Swiss Pairs.

The EBU has cancelled this year's Garden Ctiies, Corwen and Pachabo. We are looking at using the saved entry fees for extra prize money for the qualifying events, Teams-of-8, Devon Pairs and Devon Teams.

Play has also been suspended at many clubs. I suggest you check on the their websites for the most up to date information.

Winter Pairs: The March ladder stands as the final result, with Dave Strawbridge and Douglas Dunn as the winners.

South Section League: The intention is to play the March and April matches at later dates to complete the season. This will remain under review.

More or less 'definite' bridge dates have now been added to next year's calendar. More will follow as they are agreed. If you know of any events that are missing and 'definite' please let me know. 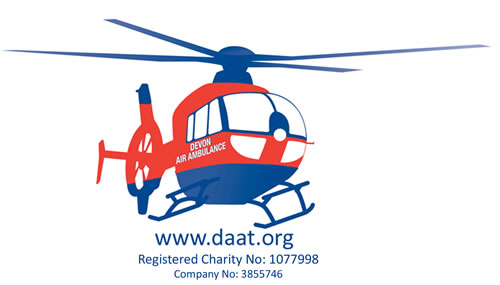 The Thursday event in this series was played on 27 February at 8 clubs in Devon. 118 pairs took part and the winners were Bob and Margaret Swaffield at Cullompton club. To see full details click on 'Devon Air Amb' in the results panel. The event raised £920.27 despite a smaller entry than in recent years, thanks to generous extra donations for the charity from many players and from the clubs hosting the event.

The final event this season scheduled for Friday 24 April has been cancelled. 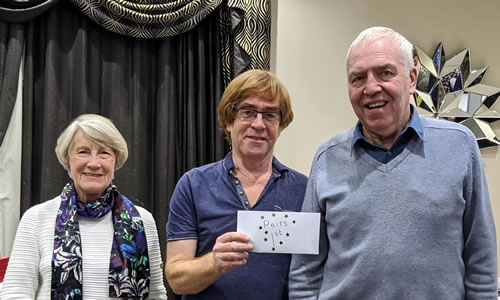 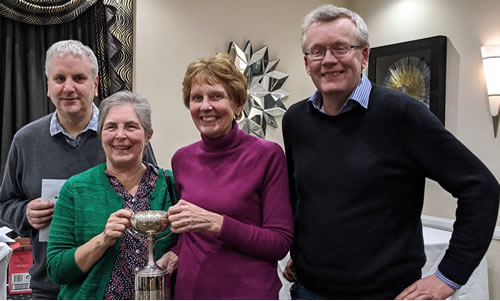 66 pairs played in the Swiss Pairs and 37 teams in the blue-point Swiss Teams at The Barnstaple Hotel. With the hotel full, the welcoming Wine Reception and Dinner on the Friday and Congress Dinner and Quiz on Saturday evening were very popular. Our thanks go to Mike Fletcher for producing and running the quiz. Congratulations to the pairs winners Mike Bull and Graham Horscroft, the teams winners David S Jones, Jan Duncan, Simon and Debbie Richards and all the other prizewinners.

Our thanks go to Diane & Alan and Karen & Eamon who stepped into the gaps to prevent half tables and especially to Carol, Richard, Carolyn and their helpers who worked so hard to ensure the success of the congress.

The DBA is affiliated to the EBU and its main objective is to to promote and assist in the development of Duplicate Bridge in Devon.   More